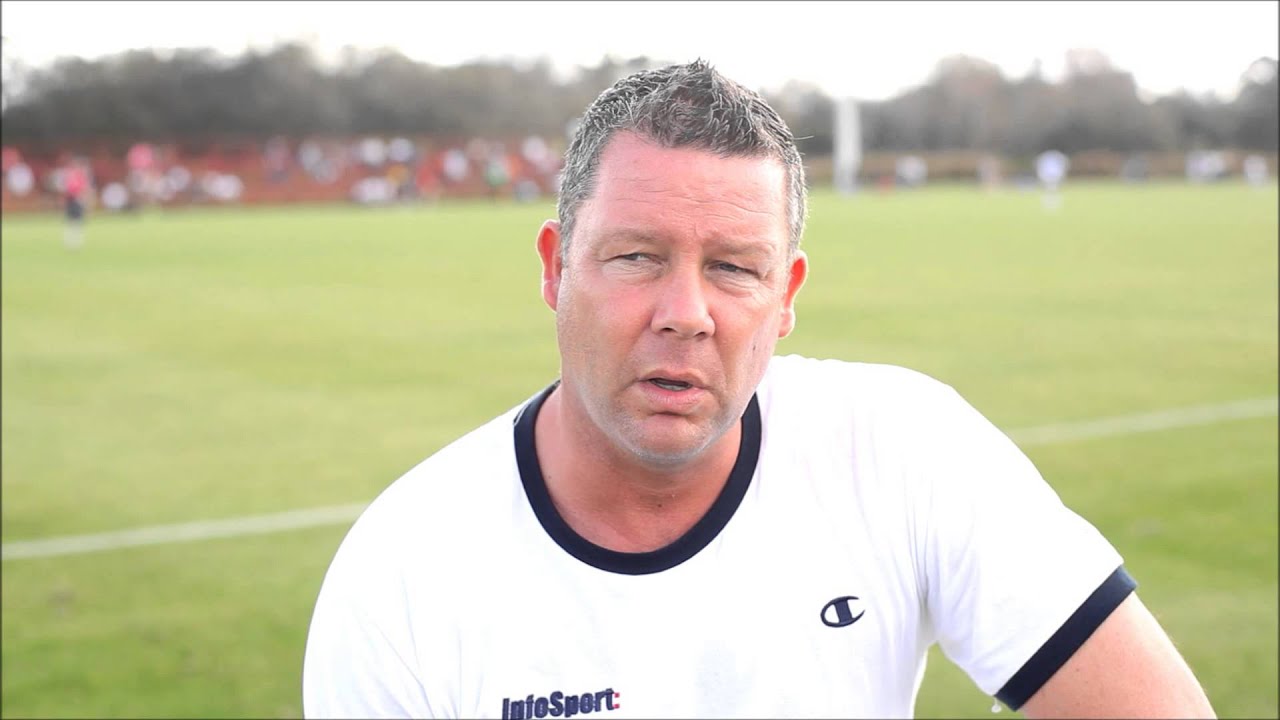 “There’s a buzz back on the island, we are all very excited and can’t wait to get started.”

These are the words of Puerto Rico FC (PRFC) head coach Adrian Whitbread, the Englishman entrusted by club owner Carmelo Anthony to lead PRFC to success…

The club was set up by professional NBA player Anthony in June last year. Born in the US, his father hails from Puerto Rico and he has never forgotten his roots. Anthony wants to use PRFC to give something back to the country of his heritage and improve the overall quality of Puerto Rican football. He held successful talks with NASL commissioner Bill Peterson for PRFC to be an expansion team and compete in the North American Soccer League (NASL), the second tier of American football.

Whitbread’s extensive managerial experience both in his native England and the US made him stand out when Anthony was searching for a head coach. He has been assistant coach at the likes of Brentford and Leicester City, managed at international level with Bahrain’s U-23s and most importantly, took charge of two now-defunct NASL/USL clubs in Puerto Rico Islanders and Antigua Barracuda respectively. Both clubs were forced to fold due to financial problems.

So Whitbread has relevant experience living in Puerto Rico – he knows the football there, the culture, the people. He’s familiar interacting with Puerto Rican players from his time at the Islanders which will serve him well at PRFC. Whitbread will be assisted by fellow Englishman and technical director Neil Sillett, who has worked for Portsmouth, Coventry City and Derby County with the likes of Terry Venables, Jim Smith and Steve McClaren. He’s also a fully licensed FIFA and UEFA agent. Then there’s former head of business operations at LA Galaxy, Thomas Payne, who was appointed club president in November.

So the hierarchical system is as follows: Anthony as the owner, Payne as the president, Sillett as the technical director and Whitbread as the head coach. “Neil’s kind of the go-to guy between me, Tom and Melo,” explains Whitbread. “I take the players for day to day training and Neil and I have a close relationship player wise and team wise.”

Having arrived in August, Whitbread and Sillett have had a considerable amount of time to identify potential players to play for PRFC. They’ve had to start from scratch with the aim of moulding together a full squad by early July, when the NASL fall season kicks off. The pair have paid visits to Costa Rica, the MLS/NPSL combines and Puerto Rico’s international friendly against New York City FC in December in search of talent. Two open try-outs have been organised for next month – one at the IMG Academy in Florida and the other at Santa Monica Airport Field in California – as attendees will look to make an impression in front of the coaches.

“The player recruitment has been a slow process because of starting in July,” says Whitbread. “But this has given us time to identify the players we want and the process is ongoing.” So far PRFC have signed two players – Puerto Rico international Joseph ‘Jackie’ Marrero and Brazilian forward Pedro Ferreira-Mendes. The former can play either out wide or in the hole and possesses quick feet and close ball control. Ferreira-Mendes, meanwhile, boasts experience with several NASL clubs in Indy Eleven, Minnesota United and Atlanta Silverbacks so he should have no problem fitting in.

“The aim is to put a winning team on the field that the fans can relate to and be proud of,” insists Whitbread. “We want to play exciting, attacking football.”

Many Puerto Ricans are used to watching baseball and basketball – the island’s two main sports – where there is constant action and entertainment. The intensity of the fans will need to be matched by the football on the field. While the willingness to introduce an exciting brand of football is laudable, it’s important that the team maintain a defensive solidity and structure to strike a balance.

In terms of first season targets, Whitbread believes the overarching aim “is to win and make the play-offs” which usually take place during November. The funding, belief and promise is certainly there but the question is how quickly and efficiently will the team gel to yield results? PRFC head into the league as a bit of an unknown quantity which could swing in their favour.

As mentioned before, football is not the number one sport in Puerto Rico. Baseball, basketball and boxing take precedence. So how does Anthony and his staff go about drumming up enough support for the team? “We have to get out into the community and visit other soccer clubs, run clinics and work with foundations all over the island,” believes Whitbread. “This is something that is very important to me to make a difference to peoples lives as football can bring so much happiness to everybody.”
Reaching out to the local communities would undoubtedly help bring in more support and, crucially, attract younger people to attend games and follow the team’s progress.

The Islanders averaged between 4,000 and 6,000 fans per game when they played at the Juan Ramon Loubriel Stadium and had a club supporter group known as ‘La Barra Naranja’ led by the Orange Star Ultras. A small but vocal group of supporters from the US with Puerto Rican heritage – nicknamed ‘La Legion Extranjera’ – travelled to away games. As the island is an overseas territory owned by the US, there is a significant diaspora that live in America.

Since being renovated, the Juan Ramon Loubriel Stadium’s capacity has increased from 12,500 to 22,000. It’s been changed from a baseball stadium – built in the early 1970s – to a football stadium and the reconstruction cost $7,000,000 altogether. For PRFC the mission will be to fill as many seats as possible and according to Whitbread, they are “working on marketing to develop a hardcore fan-base that can be sustained over a period of time“. Not only should they be addressing Puerto Ricans but also the US diaspora/expats who might find it easier to travel to away matches.

Learning from times gone by

The Islanders lasted eight years while Barracuda lasted four years. If PRFC really want to leave a legacy then they must take lessons from times gone by and ensure all departments are ran properly. The Islanders suffered because they were forced to move stadium to the Bayamon Soccer Complex with the Juan Ramon Loubriel receiving renovation.  As a result they averaged a meagre 1,864 fans for home fixtures which took its toll on gate revenue. ‘Inadequate funding’ led to a suspension of operations.

Similarly, Barracuda suffered from funding difficulties and a stadium switch as well as a lack of professionalism. During the 2013 USL they became a travelling team, playing without a home venue due to losing Stanford Cricket Ground. A year later they withdrew from the division.

“There needs to be a structure in place so that the same scenario doesn’t happen again,” insists Whitbread. “Melo and Tom are very switched onto this to make this a long-term project.”

And what may fall under that structure?

It would be a real shame to see another promising project fade away. There’s no reason why PRFC can’t grow into a very successful entity on and off the field, as long as they perform well and keep their finances in check.

Correlation between PRFC and national team

Hopefully with another professional outfit back on the island, the national team will benefit as a result. In theory players will improve their professionalism, technique and mindset whilst playing at such a competitive level. Whitbread has his say below.

“Unfortunately in my opinion football in Puerto Rico has really stood still since I was last here. There has been no professional team on the island that can help these young players achieve goals to become a professional footballer. When I finished here back in 2012 the professional team consisted of more than half of the national team so from that aspect they have to start again. PRFC will only help these players achieve their dreams again but this will take time. We all have to work together to make this happen.”

The word ‘time’ is mentioned which is key. This isn’t going to happen overnight, it would be silly to think that. Players will improve over several seasons and then evidence of the national team progressing may begin to appear. New signing Marrero is a perfect example: at 22 he’s got his whole career ahead of him and with the right coaching and guidance at PRFC, he could become a much more all-rounded player for El Huracán Azul (The Blue Hurricane).

PRFC play their first game of the NASL fall season at home to Indy Eleven on July 2, closing out regular play at home to Carolina RailHawks on October 29. Irrespective of the outcome against Indy Eleven, it will signal the start of a new and exciting chapter in Puerto Rican football.

And Whitbread will be a key figure behind that.

—————————
Thank you for reading! Feel free to leave any constructive feedback in the comments box below. Big up to Adrian for agreeing to answer my questions. You can get in touch with me on Twitter, Facebook and Instagram.
Advertisement

One thought on “Interview: PRFC’s Adrian Whitbread: We can’t wait to get started”