The electorate have spoken and the new Caribbean Football Union (CFU) President for 2016-2020 is Gordon Derrick. Here’s the lowdown… 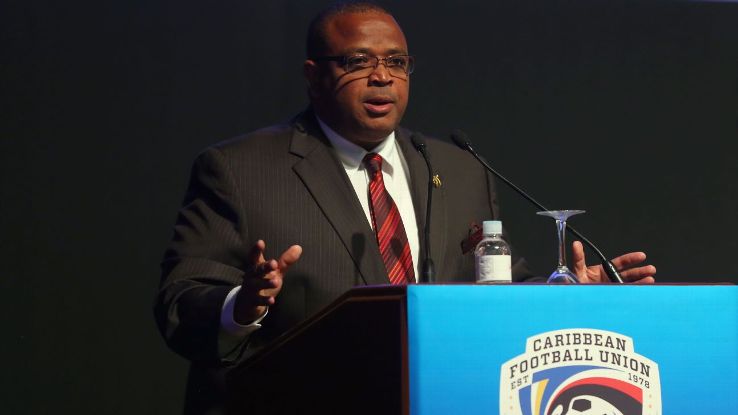 On Saturday 23 July, Gordon Derrick saw off rival David John-Williams to retain the CFU presidency and secure another four years at the helm. The electorate voted 18-12 in Derrick’s favour with one unnamed member association abstaining. Hillaren Frederick announced his withdrawal from the candidacy earlier this week and publicly backed Derrick on behalf of the US Virgin Islands FA.

The CFU Congress was held at Sheraton Miami Airport Hotel in the Yankee Clipper Conference Room and started at 9:30am local time. The CFU’s General Secretary, Neil Cochrane, and CONCACAF’s Head of Member Associations and Legal Affairs, Marco Leal, conducted the elections.

Sources close to the CFU have told me that most of the smaller islands pledged their support to Derrick – who is also General Secretary of the Antigua & Barbuda FA – and saw his manifesto as financially more appealing.

There was some controversy surrounding both candidates in the build up. Derrick’s disqualification from May’s CONCACAF presidential election, absence from last month’s Caribbean Professional Football League (CPFL) meetings and involvement in the recent CFU Inc. story led some observers to think that Trinidad & Tobago FA (TTFA) boss John-Williams was perhaps in the driving seat.

But clearly things didn’t turn out that way as Derrick has been entrusted to stay in office for another term.

Two key points made in Derrick’s manifesto are implementing a CPFL and introducing a digital media platform to ensure all CFU matches can be streamed globally. If genuine progress can be made on both of these propositions then that would represent a significant step forward, at least in a footballing sense.

So what happens next? John-Williams resumes his duties as head of the TTFA while Derrick looks forward to leading Caribbean football into a new chapter for the 2016-2020 cycle.