Check out my profile on the recent rise of St Kitts & Nevis’ national team ahead of their Caribbean Cup qualifiers, speaking to the manager, captain and key defender…

A map of St Kitts & Nevis which is located in the Leeward Islands. (pic credit: tobewherethereslife.com)

A Caribbean twin-island best known for its white beaches, scenic mountains and friendly atmosphere. The smallest country in the Western Hemisphere. When you think of St Kitts & Nevis, you don’t necessarily think of football. Yet their national football team find themselves just two games away from a place in the CONCACAF Gold Cup, a tournament which they’ve never appeared in before.

Here’s the lowdown on their recent rise… 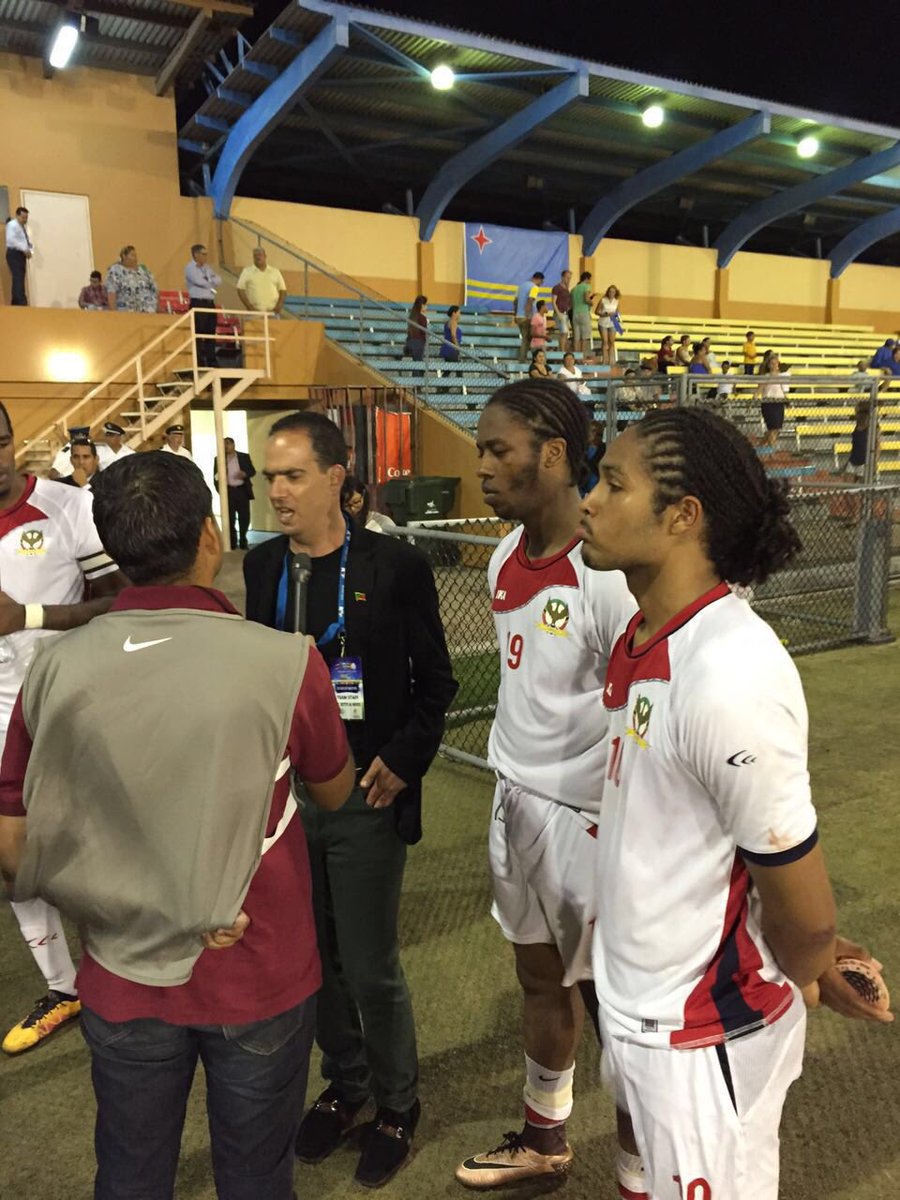 A key reason behind St Kitts’ recent rise has been Jacques Passy, installed as head coach by the SKNFA midway through last year. Born and raised in Mexico City, he never played football growing up but obtained his first A Licence at 19, with coaching certificates from Mexico, Peru and the Netherlands. Before signing up with the St Kittitian FA, the 40-year-old previously guided Mexico to their first gold medal at the 2003 Maccabiah Games held in Chile.

He took over during the 2018 World Cup qualifying campaign as the Sugar Boyz held El Salvador to a draw before falling to defeat in the return leg. Ever since Passy has presided over one of the most successful spells in the country’s history. In November, he arranged for the squad to go on a European tour as St Kitts played friendlies against Andorra and Estonia, their first ever matches in Europe. They ousted the former 1-0 to become the first Caribbean team to beat European opposition on that European opponent’s home soil before losing 3-0 to Estonia. They followed that up with an excellent Caribbean Cup qualifying run: they’ve taken maximum points from all four qualifiers so far, winning their last three 1-0.

According to Passy, his philosophy with St Kitts is based on four pillars. Number one, the team is always put first. Number two, the belief that “we don’t look back at history, we make history”. Number three, details are everything and ultimately make the difference. And number four, finding balance is so important. “You can’t look at football as an attacking machine,” insists Passy. “We need to look at a balanced team always.”

Lois Maynard (third from right) has helped shore things up at the back since making his debut in 2015. (pic credit: The Liverpool Echo)

Finding that balance can be tricky but Passy and his players have done a terrific job at striking a compromise between attacking and defending. The team are a very well organised unit, backed up by the fact they’ve kept five consecutive clean sheets. A settled back five has contributed to this defensive solidity. Goalkeeper Julani Archibald plays for one of the Caribbean’s leading clubs, W Connection, while Jason St Juste and captain Atiba Harris have performed consistently well across the full-back positions. Tranmere Rovers’ Lois Maynard has perhaps made the biggest impact in defence, though, having made his debut during that European tour. Nominally a midfielder at club level, he’s been a rock and built up a strong central defensive partnership with Jamous Leader.

“Raw talent and attacking football are very important, but diminish substantially in importance if you do not combine them with a system of play,” says Passy. “The five clean sheets are testament to a change in mentality and a tribute to the system of play.”

St Kitts line up in a 4-4-2 formation with two central midfielders, one holding and one playing more box-to-box, and two high wingers supporting the strikers. “The formation tells you nothing,” proclaims Passy. “The juice of the formation is in the system, in the way each player interacts within the formation when you have the ball, when you lose it, when you don’t have it and when you recover it. That is truly the fruit of our success.”

Maynard was born in Manchester but is eligible to represent St Kitts through his family heritage. Indeed, there is a strong core of UK-born players permeating the team as St Kitts have tapped into their diaspora to boost the overall talent pool. In their most recent match against St Vincent & the Grenadines, five players from the starting eleven were born in England: Maynard, St Juste, Zeph Thomas, Romaine Sawyers and Harry Panayiotou. The latter pair have been particularly effective and are pivotal components going forward. “A team with only local players perhaps lacks the experience provided by playing in top leagues throughout Europe,” explains Passy. “Hence I always look for these type of aspects that can influence the team’s result.”

Passy apparently has 28 players on his radar who ply their trade in the UK and are eligible to play for the national team. But it comes back to that buzzword: balance. Players who have impressed domestically have not been neglected with the likes of Leader, winger Kimaree Rogers and striker Javeim Blanchette all given important roles within the first-team. Rogers finished top goal scorer in the recently concluded St Kitts top-flight while Blanchette won Player of the Season as his club Cayon Rockets lifted the league title.

There have been some stories in the past when local-born and overseas-born players haven’t mixed very well at national team level in the Caribbean. But that’s not the case with St Kitts. “We genuinely care so much about each other as brothers off the field that as a result, it’s beginning to show on the field,” says Harris, whose cousin is former England international Micah Richards. “This is one of the closest groups of players ever to represent St Kitts. The core of the team has been playing together for a while and we stay in touch even when we don’t have games.”

It’s this kind of camaraderie and respect that has made the squad so cohesive. Everyone battles for each other; everyone is on the same wavelength. The country’s motto is ‘Country Above Self’ and it shines through in each and every game.

On The Verge Of History

For all St Kitts’ progress, however, there is nothing truly tangible to show for it yet. They sit 81st in the latest FIFA rankings – their highest ever position – which ranks them 7th in CONCACAF and 3rd in the Caribbean, behind traditional heavyweights Jamaica and Trinidad & Tobago. The Sugar Boyz have been one of the most impressive sides throughout this year’s Caribbean Cup qualification and qualifying for the CONCACAF Gold Cup, the region’s flagship event, would represent a breakthrough moment for St Kittitian football. Standing in their way are Haiti and French Guiana, who will be the opposition for the final round of qualifiers set for early October. Haiti are the group favourites and will be fresh from playing World Cup qualifiers a month before, while non-FIFA French Guiana are a growing force and will call upon several players from France. “I’m sure they’ll be tough games, but we know what we have to do and are all feeling very motivated – the players, staff, hierarchy and most of all the nation as a whole,” explains Maynard. As warm-up for those matches, the SKNFA have arranged an away friendly with Nicaragua in Managua on 31 August.

What’s so impressive about this St Kitts team is that they’re confident in their capabilities without coming across as arrogant. They don’t underestimate any opponent but by the same token are willing to go toe to toe regardless of reputation.

So what would it mean to the country if their national football team reached the Gold Cup? “It would mean perhaps the largest upset in the Americas in many, many years,” beams Passy, before offering a reminder to everyone. “Maybe the world wouldn’t understand it, but not a single player or member of the coaching staff would see it as a great upset. We would see it as simply reaching our goal.”

Note: This article also appeared in In Bed With Maradona.

Thank you for reading! Feel free to leave any constructive feedback in the comments box below. Big up to Jacques, Atiba and Lois for answering my questions. Meanwhile, you can get in touch with me on Twitter, Facebook and Instagram.